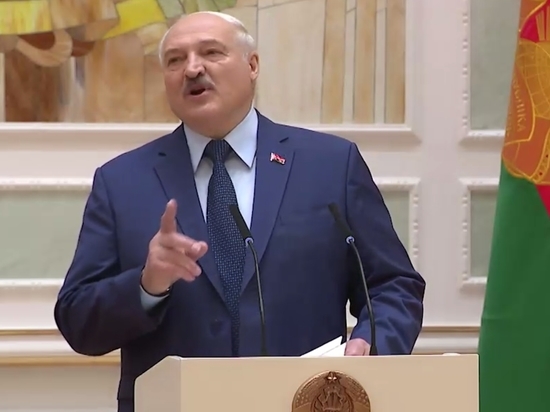 Alexander Lukashenko. Photo: A still from the video.

Belarusian President Alexander Lukashenko expressed his opinion on why the Ukrainian army shot captured Russian soldiers. Recall that earlier the Investigative Committee of the Russian Federation announced that it had opened criminal proceedings in the case of the mass execution of captured Russian soldiers after the publication of a video from Makeevka in the LPR on social networks.

“What did the execution of Russian children decide?” Lukashenko's question in in the course of answering a question for the Rossiya TV channel. A video of the conversation between the Belarusian leader and journalists was published on the channel Pool of the First Telegram.

Lukashenko noted that if they wanted to “excite a Russian person” again, “they did it. “< /p>

“They are doing everything to escalate, and that is alarming,” Lukashenko continued, adding that it suggests “the Americans are keeping them in one place.”

Belarusian the president recalled that the adviser to the Office of the President of Ukraine, Mikhail Podolyak, had previously repeatedly offered to surrender.

"Well, the Russians surrendered – why did you shoot them?'' asked Lukashenko.