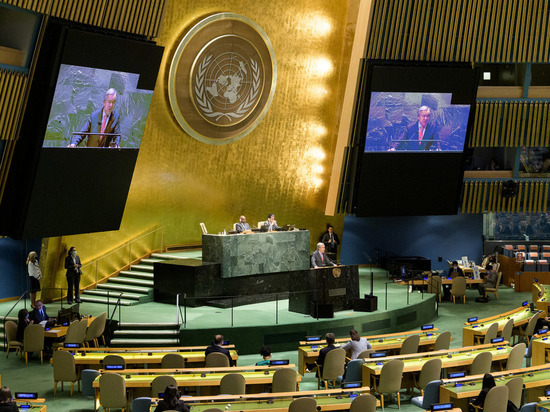 Previously, the United States, with the support of Albania, submitted a draft resolution to the UN Security Council for consideration. The resolution condemned the holding of national referendums in Donetsk and Luhansk People's Republics, Kherson and Zaporozhye Oblasts. Russia used its veto power during the vote.

Polyansky noted that the results of the vote on the draft resolution of Western countries “can hardly be noted as an asset.” He drew attention to the position of a number of countries that abstained from the vote, such as China, Brazil, India and Gabon. “We did not succumb to pressure and abstained,” Polyansky wrote on his Telegram channel.

According to Polyansky, the “defeat” did not work and the thesis “about Russia's isolation failed.”

30. September, Russian President Vladimir Putin signed agreements on the annexation of the Donetsk and Luhansk People's Republics, Kherson and Zaporozhye regions to the Russian Federation.