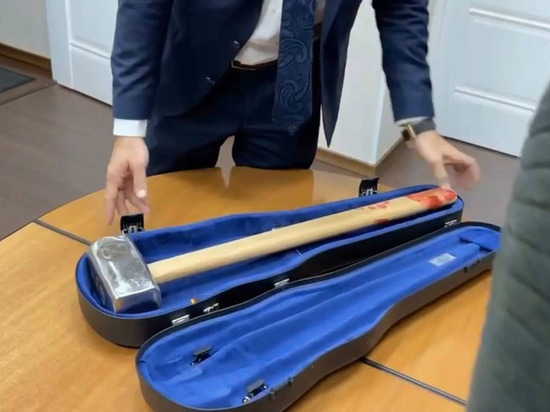 The report says that “in a case from under a violin that is a must-have accessory for “musicians”, was a branded sledgehammer.”

“Most likely with fake traces of blood,” the channel adds.

Photo: Screenshot from the video

The video of the reception is also published there with sledgehammers from probably Prigogine's representatives. It is shown on the frames violin case, in which is a mallet engraved “PMC” Wagner”. Red stains are visible on the wooden handle.

How the “case” is planned to be moved European Parliament, not stated.

Earlier, Politico reported the intention of MEPs to call on the EU to recognize PMC “Wagner” as a terrorist organization.