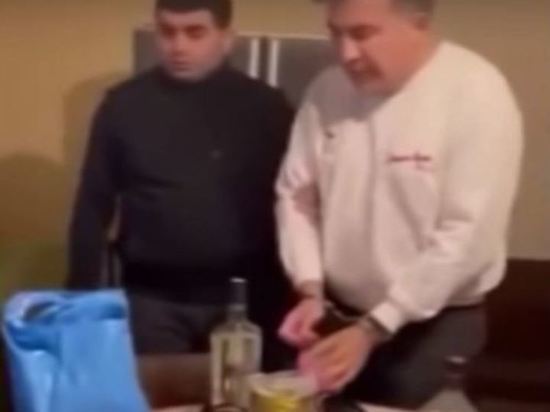 Detained in Georgia On October 1, former country president Mikheil Saakashvili did not even manage to eat before his arrest. The politician himself spoke about this in a written interview with the television company Mtavari Arkhi.

Saakashvili emphasized that he had tried lobiani on the passages of the Rikoti – a flat cake with boiled beans. After being in a safe house, he ordered khinkali, but he could only eat one piece. Then the police broke into the room and detained him.

Boxes of khinkali on the table and bottles of alcohol are clearly seen in the video of the arrest of the former President of Georgia in an apartment in Tbilisi. But that day Saakashvili did not have time to drink and eat completely: the former president was transferred to one of Tbilisi's prisons.