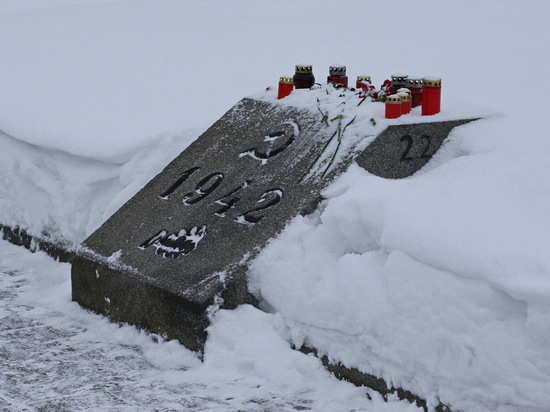 Press Kremlin Secretary Dmitry Peskov commented on information that appeared in a number of media that on Thursday, January 27, the people of St. Petersburg complained about the closure of Piskarevsky Cemetery due to commemorative events with the participation of President Vladimir Putin. Photos of people at the cemetery fence, who are watching the head of state about to lay flowers inside, began to circulate on social networks. It was also claimed that among those allegedly not allowed to go to the cemetery were survivors of the blockade.

Photo of the day: Vladimir Putin arrived to lay flowers at Piskarevskoye Cemetery in St. Petersburg – in honor of the 78th anniversary of the complete liberation of the city from the fascist blockade. At the same time, the blockade runners themselves were not allowed into the cemetery – they left them standing behind the fence.

Peskov told Rise to move around the cemetery & nbsp; they did not block and citizens were free to enter the territory.

& quot; They only asked a little to wait when Putin laid the flowers & quot ;, & mdassh; & nbsp; added Peskov.

He noted that & quot; and that it was very fast & quot; it didn't take more than 10 minutes.

Today, on & nbsp; According to the Kremlin press service, the president “honored the memory of the fallen soldiers-liberators and the inhabitants of the city.”