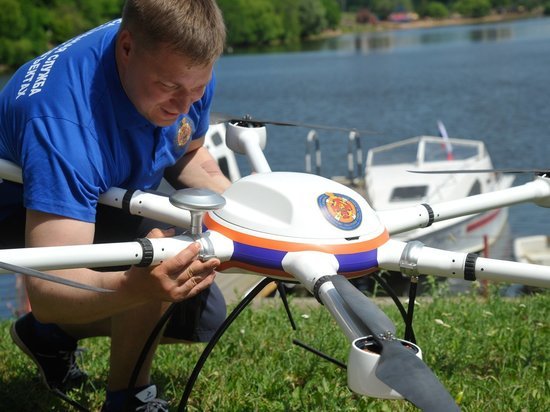 For EMERCOM of Russia has created an underwater drone. It is necessary for the inspection of dangerous objects. In the first place, the device will be used to work in radiation conditions. This was stated by Vladislav Zanin, advisor to the general director of the manufacturer.

He added that the novelty will be ready for serial production in three to four years. Prototypes are now being transformed into specialized equipment. The developer noted that prototype devices were already working on the Ministry of Emergency Situations.

The new drone is immersed in water by filling a ballast tank. The wings then convert the vertical movement into a horizontal one and prevent the vessel from sinking. In order to ascend, it is enough for the device to get rid of ballast.

The drone can be programmed for a certain number of dives. This is necessary so that the device can send the collected information and receive coordinates after output.

According to the developers, the drone can be used to monitor the environment and search for minerals.