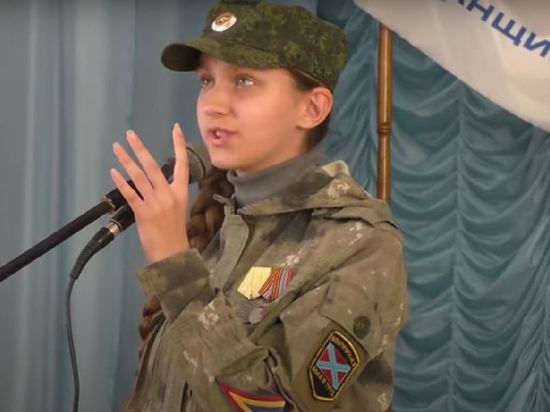 At the rally-concert in Moscow, the President of the Russian Federation Vladimir Putin had a short conversation with Bogdana Neshcheret, a 16-year-old soldier of the Prizrak Brigade of the Luhansk People's Republic.

The girl helped militia fighters as a child. Now she has grown up and become a soldier herself. Bogdana writes poetry. She read one of the poems at the rally and spoke directly to the head of state.

Putin asked the girl if she had been writing poems for a long time and if she had a published collection. After that, the president invited the girl to publish her collection of poems: “Do you have enough for a collection? Let's publish a book. I will ask my colleagues.”

Bogdana Neshcheret presented her poems to the president. She also noted that it is a great honor for her to be by the side of the head of the Russian state.