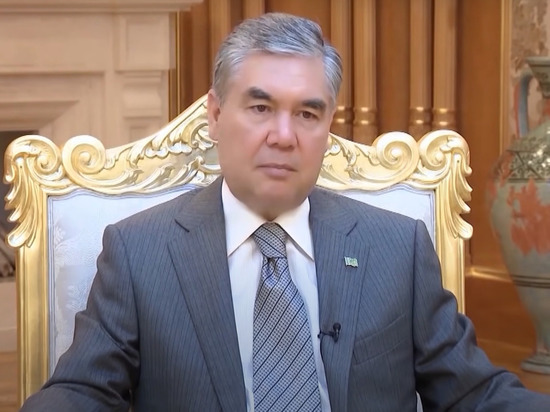 Turkish edition of Son Dakika published a joint photo of the Presidents of Turkey and Turkmenistan, Recep Erdogan and Gurbanguly Berdimuhamedov, and their wives. The photo of the First Lady of Turkmenistan thus appeared in the media for the first time.

The farewell photo was taken during Erdogan's visit with his wife Emine in Ashgabat on November 27. After the meeting and lunch, Berdymukhamedov took his wife Ogulgerek out. In addition, when the Turkmen media report on the national leader, only his sons and grandchildren are present with the president.

Recall that Berdymkhamedov has been the head of Turkmenistan since 2007. Journalists sometimes report on the authoritarian regimes in place in the country. For example, the authorities have long banned the use of the word “coronavirus” and human rights activists call the country an anti-leader in terms of the number of political prisoners in the former USSR.