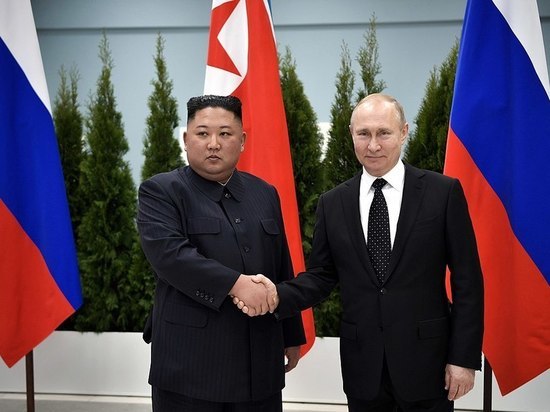 North Korea's Central Intelligence Agency (TsNAK) reported that the country's leader, Kim Jong-un, answered Russian President Vladimir Putin's  his  congratulations on  77th anniversary of the liberation of Korea. Vladimir Putin previously sent a congratulatory telegram to Kim Jong-un, in which he emphasized his readiness to continue the development of bilateral relations, Lenta.ru clarifies.

In response to the congratulations of Russian President Kim Jong-un, he first mentioned the historical context relations between the countries, saying that the soldiers of the “brave Red Army did not spare their blood and lives in the struggle for the liberation of Korea” and their merits and actions “are carefully stored in the memory of the Korean people.”

As for the present, according to the leader of the DPRK, since then, the Korean-Russian friendship has been continuously strengthened and developed. Today, the support and solidarity between the two countries is growing to a new level “to crush the military threat and provocations, arbitrariness and arbitrariness of the enemy forces.”

Regarding the prospects of bilateral relations, confidence was expressed that the friendship and cooperation between the two countries will be strengthened even more dynamically for the benefit of the prosperity and well-being of the Russian and Korean peoples.