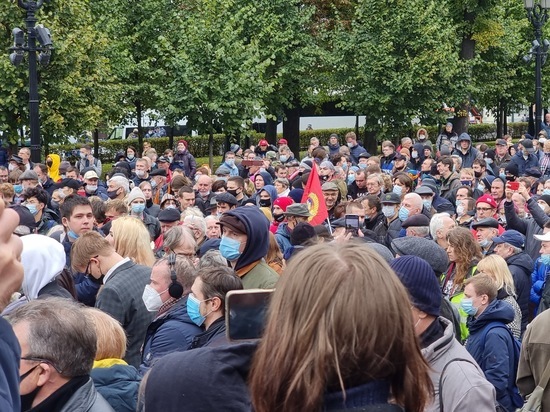 According to the Metropolitan Police, Saturday's unauthorized action of the Communist Party of the Russian Federation in the center of Moscow was attended by about 400 people. The Moscow headquarters of the Ministry of the Interior noted that journalists and representatives of “various media and the blogosphere” with the results of the Duma elections were included in this number. The mayor's office did not sanction the event, which explained the decision in a difficult epidemiological situation.

No information was available on the detention of those collected despite the activists' ban.