He sent a subordinate order to fight word traps

“And you have blacks in your ebony!” – This popular technique of Soviet and now Russian ideological warriors risks being much less effective than before. At least a special directive by US Secretary of State Tony Blinken is aimed at achieving such an effect, as reported by the informed American internet publication Politico. 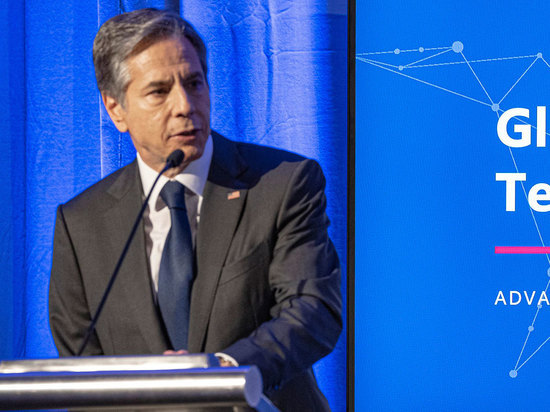 Earlier, such remorse stopped (or theoretically gave) American propagandists and officials. However, Tony Blinken has now given his subordinates special instructions on how to deal with verbal traps. American diplomats in particular are allowed to admit that they are indeed “lynched blacks” – of course, only in a figurative sense.

I repent, repent, and repent again. Or, to be honest, I do not regret it, but I fully acknowledge the use of the politically incorrect vocabulary in the previous paragraph. Of course, this is not about the fact that the US State Department is ready for an ideological surrender, but about the exact opposite.

Recognizing that “everyone has their own shortcomings,” American diplomats should only strengthen their argumentation system, according to Tony Blinken. Like, look, good people, how honest, moral and undocumented we are! Are you saying that we still don't have order with black people's rights (please keep in mind that I now use 100% politically correct terminology)? Yes, we ourselves are the first to admit it – we admit it and we fight against it! And since we are fighting them, my dear, let's talk about your shortcomings! That's really all. The circle is complete. Judging by its ultimate effect, Tony Blinken's new system of argument is no different from the old.

However, there is another nuance. Another popular trick of our “lords of the pen” is to recall the famous statement about Nicaraguan dictator Somos, which is attributed to US President Franklin Delan Roosevelt: “Of course he is a bitch. But it's our bitch! Tony Blinken also has special instructions regarding modern American “friends-dictators.” From now on, American diplomats can detect both “human rights violations” and their execution. Progress? Rather a different rhetorical device. Verbal statements are one thing and specific sanctions are another. And the Secretary of State's guidelines say this directly: in putting its high principles into practice, America is obliged to balance them with its national interests.

In short, nothing will change in practice – perhaps only to raise the level of American foreign policy rhetoric and bring it to modern reality. Do you agree, if the norms of decency in America dictate the need to kneel at any mention of the black life movement, then how can American diplomats tell the world around them that everything is fine with human rights in their country? George Floyd's “secular canonization” dictates the need for more sophisticated rhetoric. Like, look at how we don't spare our bellies, we fight our own demons! We are still world leaders in the fight against demons! Come before us – under our wise guidance!

Following this statement on the ability of American diplomacy to use its own shortcomings, failures, and social ulcers to its advantage, it would probably be possible to put an end to this. But the ellipse seems more appropriate to me. An ellipse – or a move to a slightly different topic, which is actually closely related to the previous one. It is clear from Tony Blinken's circular letter that the United States does not intend to give up its desire to engage in the internal affairs of other countries: “The struggle for democracy and human rights around the world is not at odds with any American national of our national security. “As they say, who would doubt it. America, which does not seek to use the theme of democracy to advance its interests, is like a wolf trying to become a vegetarian.

This position of US Secretary of State is absolutely nothing new. There is something new about how the thesis about the need to “fight foreign interference” changed Russia's domestic political environment in 2021. Compare the same landscape with what it looked like a year, two or three years ago – compare and feel the difference. What is morality?

Unfortunately, I'm not ready to formulate it yet. But I definitely have questions. Are there too many “foreign agents” at once? Is there an overlap in the fight against them? Is there not a creeping degeneration of elements of our social and political system in the process of this struggle itself, which is not unnoticed to us? These are the questions the “painting” of Tony Blinken's American foreign policy instrument made me answer. With all the commonness of this correction, Americans were still looking for answers to long-standing questions. Maybe we should take a closer look at their example.